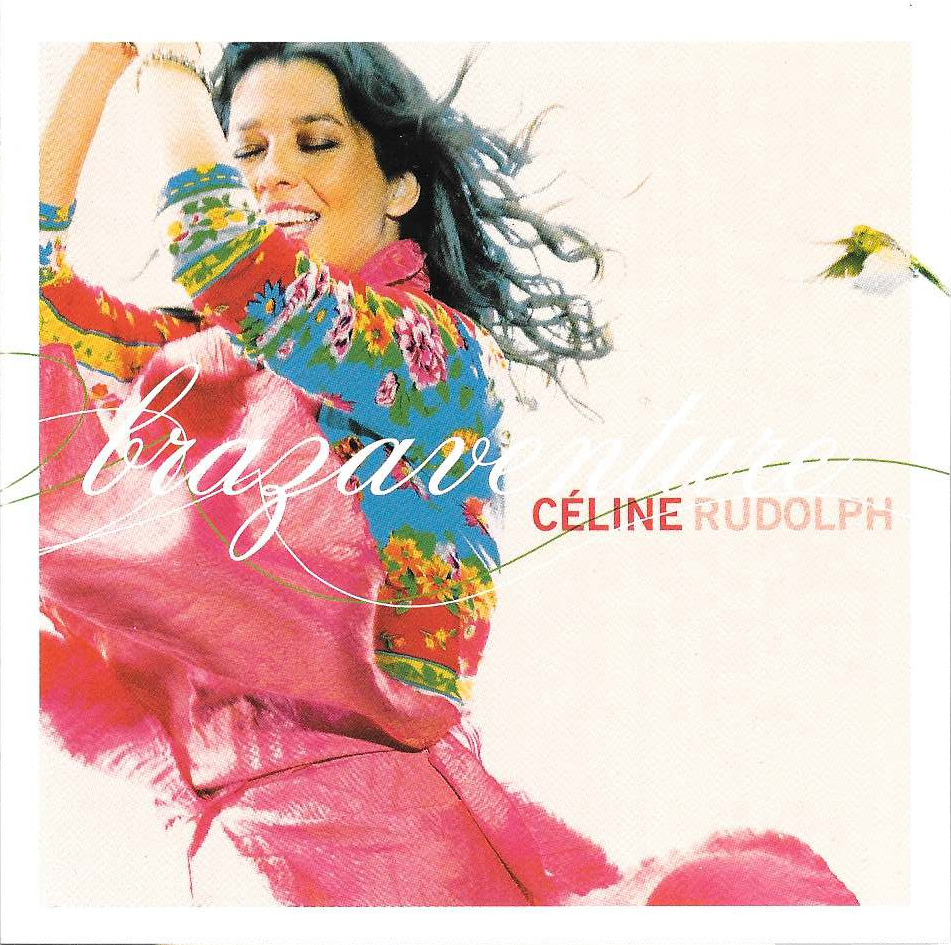 You have recorded your album “Brazaventure” in São Paulo with the renowned producer Rodolfo Stroeter and well-known musicians such as Marcos Suzano, Toninho Ferragutti, Paulo Bellinati, Monica Salmaso and Sérgio Santos. Sounds unusual.
The initial spark came from Gilberto Gil’s album “Oslodum”. This was how my attention was drawn to the producer Rodolfo Stroeter. On this album, he combines tradition with modernity and several continents with each other. In the course of his career, he has worked with great artists such as Joyce, Caetano Veloso, Nana Vasconcelos, Milton Nascimento and many others. All of them musicians whom I have long respected. He is also familiar with jazz. With his band “Pau Brazil”, he combines Brazilian rhythms with an improvisatory outlook which comes from jazz.
I contacted him and sent him my recordings. Rodolfo liked my sound and my energy. We eventually met at his house in São Paulo and talked for a long time about music. “Simple and beautiful” – that is what music should sound like. Our idea was to create a song-orientated form with poetic melodies which are supported by strong percussion.
My compositions were to be transported from the rather open jazz concept into a new world of intoxicating Brazilian grooves. Rodolfo invited musicians from São Paulo, Rio de Janeiro and Belo horizons into the studio – precisely those wonderful musicians who can now be heard on “Brazaventure”.

Where does your great interest in Brazil come from?
I was surrounded by Brazilian music in my childhood. My father had a huge record collection which mainly consisted of jazz and African and Brazilian music. Even today, he tells me that I used to sing along to “Rosa Morena” by João Gilberto at home. I was five years old at the time. I still did not understand the Portuguese language. However, I loved the sounds and the gentle melodies and voices. As a young person, I started to learn Portuguese and to play bossa nova on the guitar. So Brazilian music has always seemed familiar to me. Something which did not have a beginning as it was always there. I only got to know the country of Brazil much later. I travelled through the country by car for a few weeks before I went into the studio. In October 2006, we presented “Brazaventure” live in São Paulo. We enjoyed a huge success in the beautiful  Sesc Pompéia Theatre. The audience welcomed me with open arms and I was able to give back something of what Brazil meant to me in my musical life. That was a dream come true …

You sing in several languages, including French, English and Portuguese. What does this “multilingualism” mean to you?
For me, every language has its own cultural information and identity which play a role in the text. Many things can be said better or more easily in one language than in another. And I have my own relationship with each language: French is the language of my mother, so it was the language which I heard first. Then came German, which is the language in which I feel most at home today and which can also be heard on “Brazaventure” in the revised folk-song. English is associated with the jazz tradition and Portuguese is associated with Brazilian music, although it is also associated with the poet Fernando Pessoa. And, of course, every kind of music demands a different speech sound, a different speech melody. So I often create a language which is actually only committed to its sound, but which comes to have a meaning as a result of its gesture. I am asked time and time again what language I have sung in – imaginary languages which sound African, Asian, Brazilian or Slavonic. Obviously, I have mainly used Brazilian sounds on “Brazaventure”.

On the album there are, among others, pieces by Baden Powell, John Coltrane and MC Solaar, a beautiful range.
I find it natural to play music which appears at first glance to come from different worlds. The thing which holds it all together is my voice and, of course, our strong percussion section.

You often work with artists from different continents. What differences do you see? What is the attraction?
It is as though I am visiting different places in my musical homeland. As though my music making has enabled me to find the country which speaks my imaginary language, a language whose roots lie in the quadrant of Europe, Africa, and North and South America.

You also work as a professor of jazz singing in Dresden. How are free artistry and a college career compatible?
It is and will continue to be for a while a balancing act to which is added a third enterprise: my family.

In 1995, you spent a study stay in West Africa with the percussionist Famoudou Konaté. What impressions and experiences did you come away with?
With Famoudou, I have experienced intensive, trance-like states in which I was no longer making music, but had become the music. As a part of the rhythmic structure, I became completely swept up by the groove. The body becomes a swinging motion, the swinging motion is eternity and happiness. No questions, no answers. You look into the face of other people and you look into a mirror – pure joie de vivre. The ritual aspect of African music also left an impression on me: the singer as a storyteller, as a healer, as a priest. I embody all of this in a live performance, go through all kinds of states in which I let everything flow. My music has changed a great deal since my trip to Africa. I brought back new rhythmic ideas, discovered marimba and worked with a lot of wood and dark colours – which can be heard on the album “Segredo“ in my “Dark wood project“.

You have recently appeared several times in the band of star trumpeter Dusko Goykovich. How was the collaboration?
It was great fun to appear with him and his band in Belgrade on his 75th birthday – the audience went wild! I sang compositions by Villa-Lobos, Baden Powell and Monk. “A descoberta da lentidão” (“The discovery of slowness“), which I wrote for his current album, fills Dusko’s wonderful sound with soul.

What do live appearances mean for you? What is striking is your strong live performance, the conversion of music into body language.
I am in my element in a live performance. I love the adrenaline, the here and now, the surprise and the power which the stage grants me. Every studio recording is, however, of a temporary nature and can be repeated and altered. On stage, I can feel the space, I can feel the audience as part of the performance. The audience strengthens my energy. Here I give myself to the music and become transparent, I become entirely body, entirely soul.

What are your favourite albums? Who are your musical role models?
I can inhale Richie Beirach’s “Sunday Songs” with reworkings of Chopin in a single breath. I can immerse myself time and time again in Abdullah Ibrahim’s “Echoes of Africa”. Baden Powell’s “Afrosambas” are embedded in me for eternity as is João Gilberto’s “Amoroso”. Miles Davis’ version of “Someday my prince will come” and Udo Lindenberg’s ballads give me goose bumps. I find the new French “Le Pop” absolutely thrilling and, of course, I like Richard Bona.